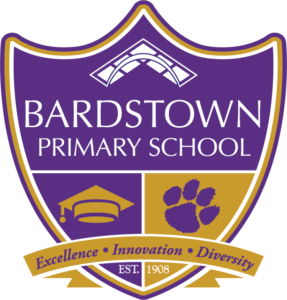 Michelle Ryan, the principal of Bardstown Primary School, will retire in June after leading the school for 15 years. Her retirement will mark the end of a 31-year career as an educator at Bardstown City Schools.

In 1991, Ryan began her career at Bardstown City Schools  as a seventh grade science teacher. After eight years in the classroom she took on the role of the district’s gifted and talented coordinator where she worked with students in grades K-12. Ryan holds a school administration degree from Eastern Kentucky University and has been on the administrative team in the district since 2004. Her career as an administrator began in 2004 as an assistant principal at Bardstown Primary School. In 2007, she was named principal of Bardstown Primary School.

Ryan has made plenty of contributions as an administrator and teacher, but singles out cultivating and maintaining a positive school culture as her main accomplishment.  The creation of an enriching learning  environment requires many elements.  Under her leadership, she has hired and retained excellent teachers, who take the learning of each of their students personally.  Maintaining a culture of hard work and academic growth requires an environment where professionals feel they are making a difference every day and Ms. Ryan’s consistent collaborative leadership makes this possible.  Additionally, Mrs. Ryan’s focus on building partnerships with parents has bolstered family and community involvement.

“We are very much a family at BPS,” said Ryan. “That takes work and planning to build the right team.”

The climate and culture at the primary school can be attributed to the example she has set of caring for others inside and outside of her school. For the past three years she has served youth in the community as a board of director for CASA (Court Appointed Special Advocates) of Nelson County.

“There is not a job in this building that I would ask someone else to do that I haven’t done myself,” shared Ryan.

Mrs. Ryan’s great aptitude for creating a positive school culture and climate is seen throughout the district.

“There is a very warm and comforting feeling that comes over you when you enter Bardstown Primary School  and that does not happen by accident,” said Dr. Ryan Clark, superintendent of Bardstown City Schools. “ Michelle Ryan leads BPS with such a commitment to provide a welcoming environment where students and staff alike can grow and thrive.  Her years of service to Bardstown City Schools is deeply admired and her leadership at BPS will be missed.”

A search process for Mrs. Ryan’s successor will be conducted by the Bardstown Primary School’s Site-Based Decision Making Council. The candidate selected will assume the principal role on July 1, 2022.